My Account
Login
0Wishlist
Your wishlist is empty.
0Shopping cart
You do not have any products in your shopping cart yet.
Menu
Menü
HomeLifestyleBeveragesODonnell Moonshine Blood orange 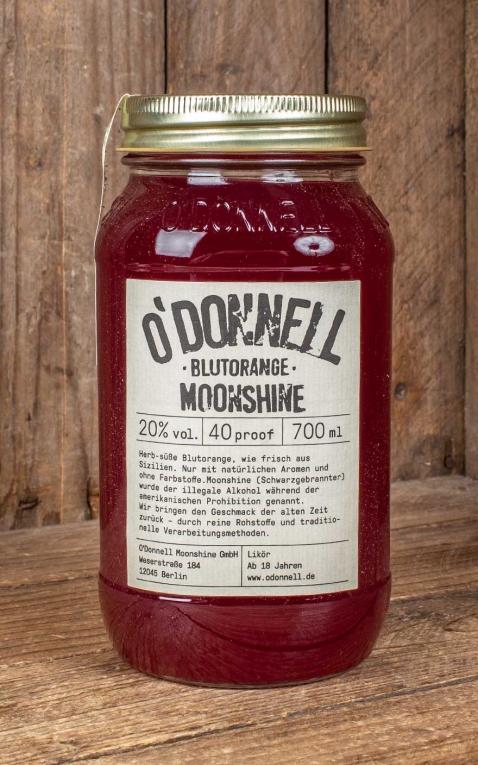 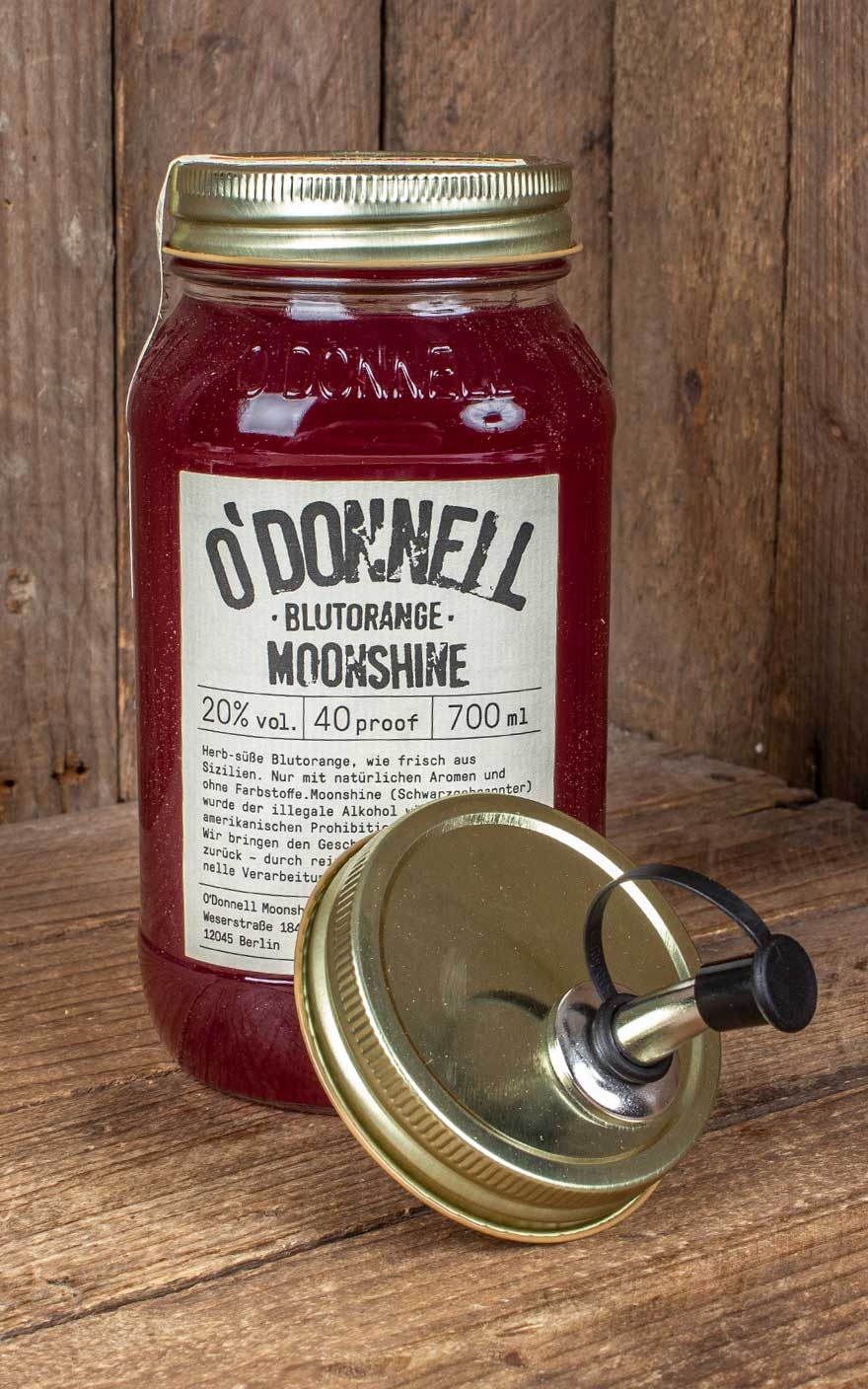 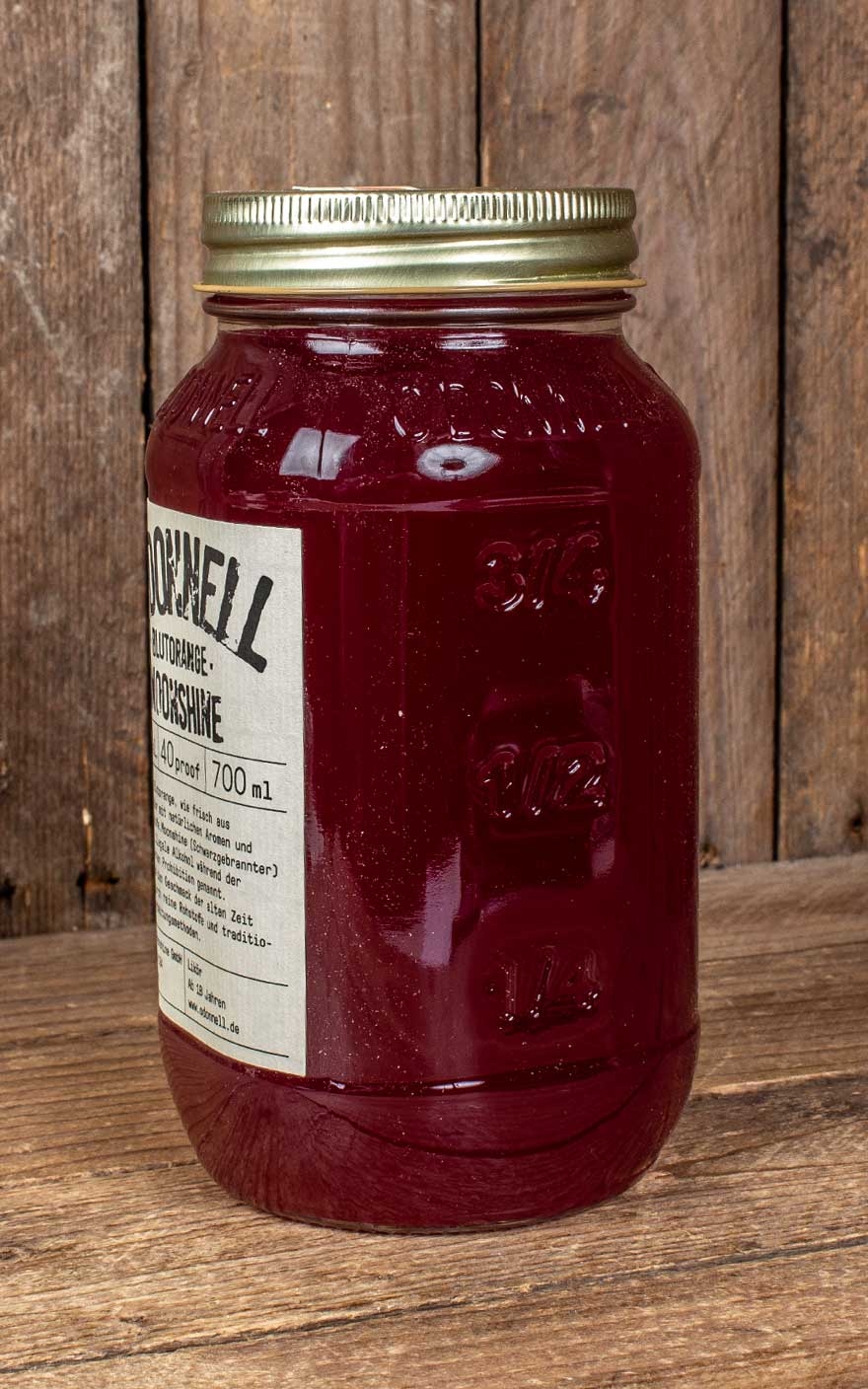 Product no.: OD15
Summer variety: O'Donnell Moonshine Blood orange with 20% by volume
.Two weeks of summer vacation in Italy? Yes, that's not enough for us either. With the new summer variety 'blood orange', every day feels like summer in Sicily. The taste of deep red oranges is tangy, refreshing and simply the pure sun in the glass. What makes 'blood orange' so exciting: the subtle tart aroma in combination with the berry note and sweetness of the oranges. Can be drunk neat and can be combined in a variety of ways in cocktails.

Only the best ingredients are used for the production and no artificial flavours or colourings are used. The variety does not contain any allergens that require labelling. All creations are bottled in original American 'Mason Jars', which are imported directly from the USA. Of course, this variety, like all products, is made in Germany according to the old rules of craftsmanship and distillation. 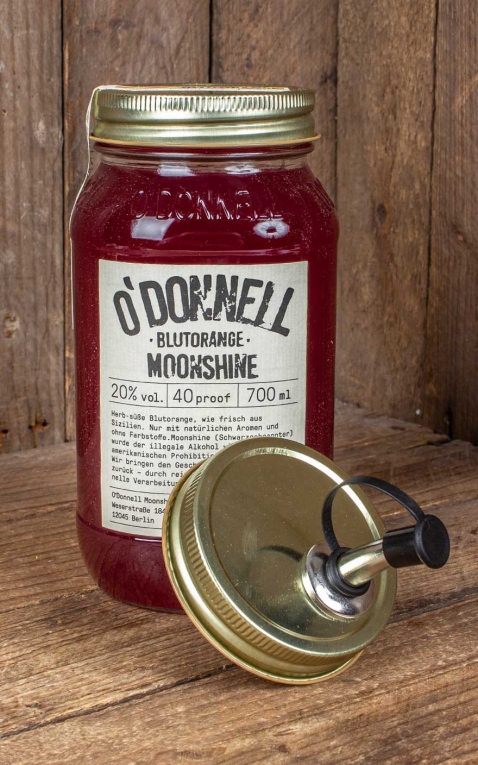