My Account
Login
0Wishlist
Your wishlist is empty.
0Shopping cart
You do not have any products in your shopping cart yet.
Menu
Menü
HomeLifestyleBeveragesODonnell Moonshine Wild Berry 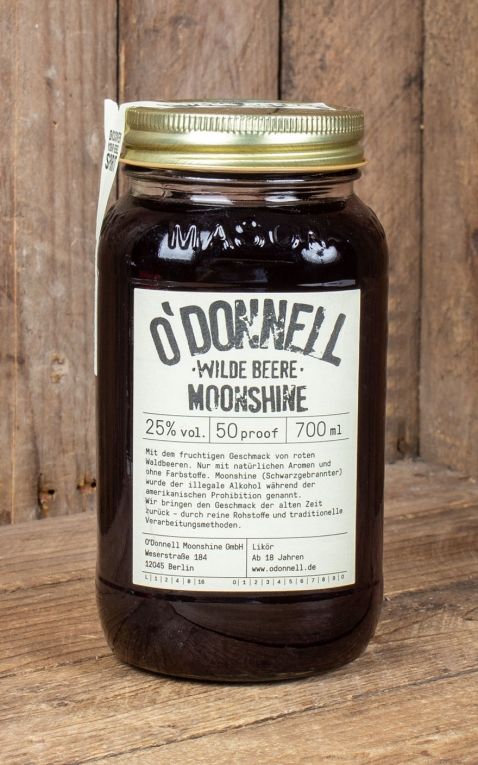 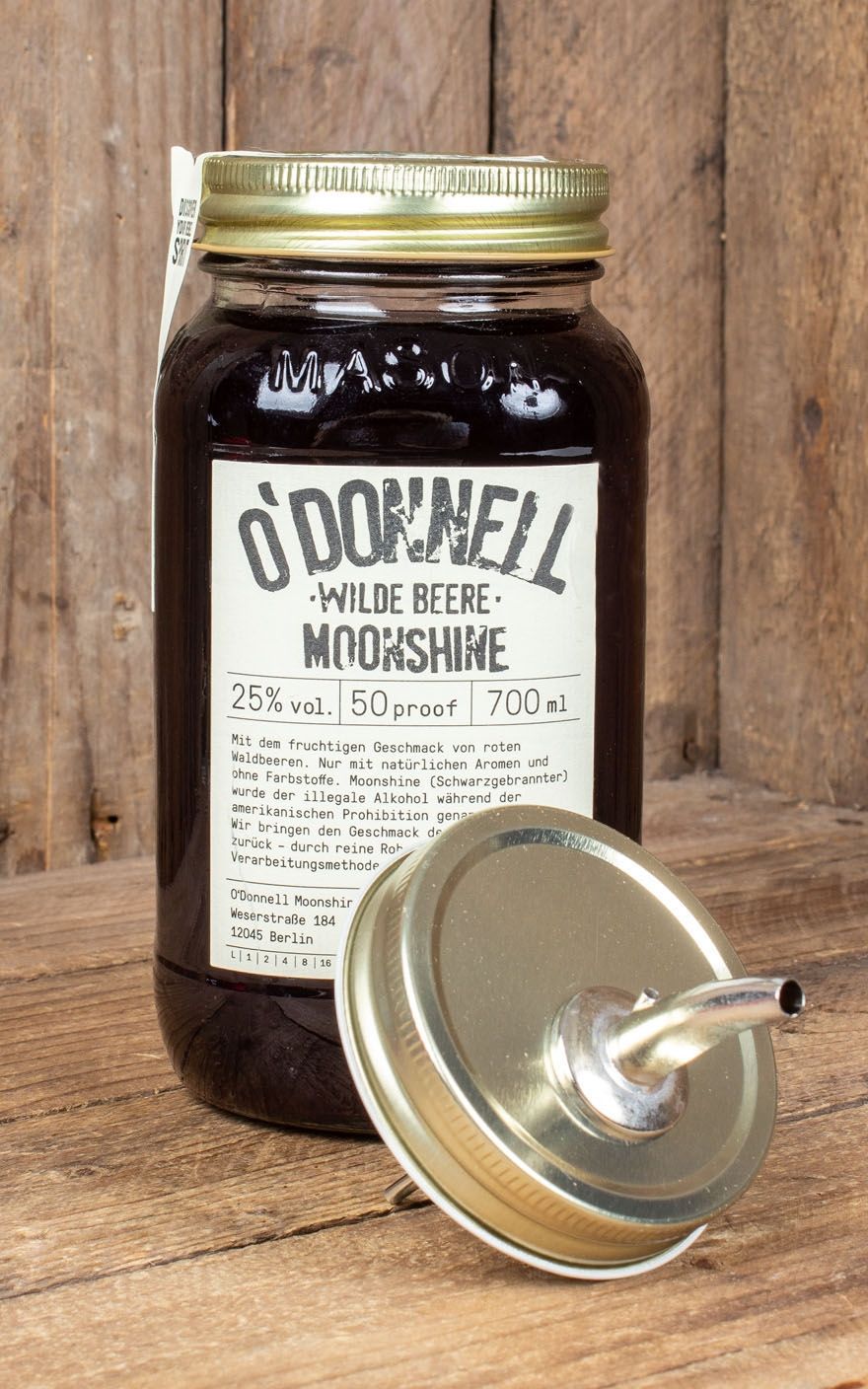 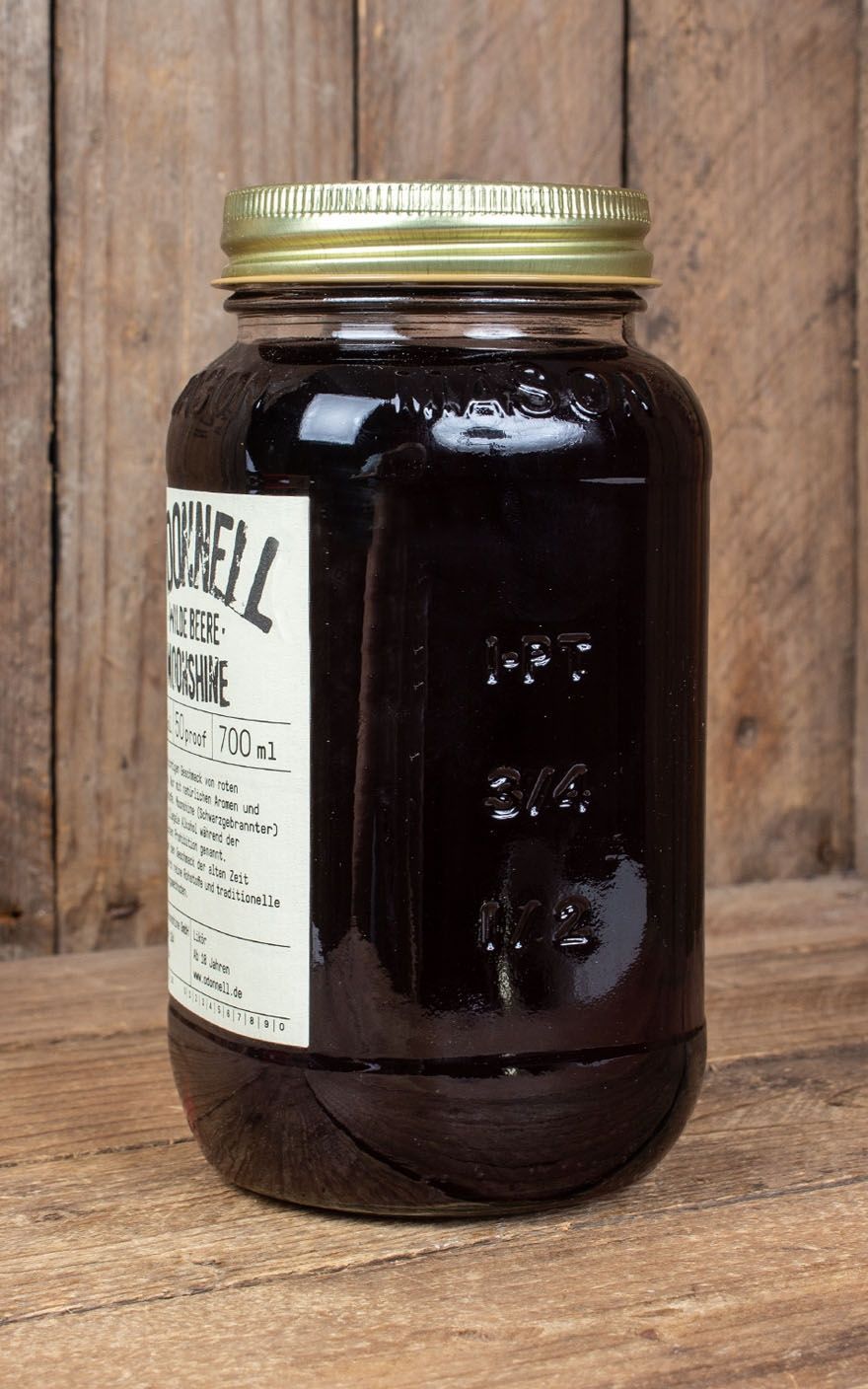 You want to round off this summer with relish? Then you will love this refreshing blend of raspberries, grapes and blackberries! The Wild Berry captivates with its fiery red colour and its unique fruity, sweet taste. With its 25% vol. the'Wild Berry' is suitable both pure and in many summer drinks.

Only the best ingredients are used for the production and no artificial flavours or colourings. The'wild berry' contains no allergens requiring labelling. All creations are bottled in original American'Mason Jars', which are imported directly from the USA. But of course the'Wild Berry', like all products, is also produced in Germany according to the old rules of craftsmanship and distilling. 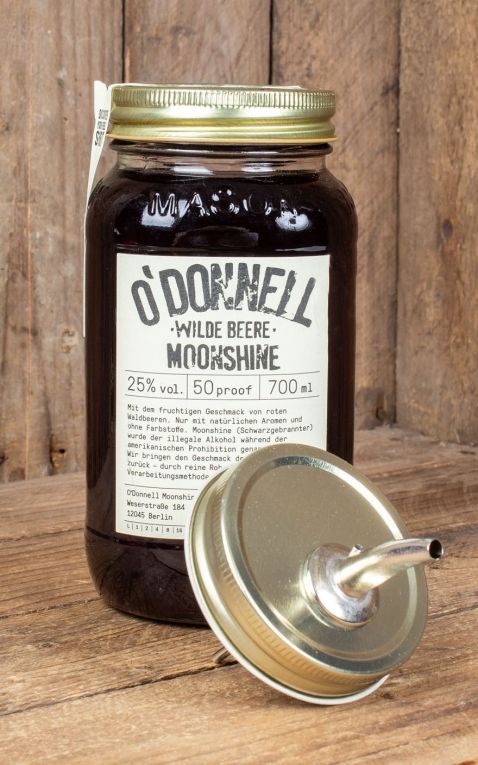