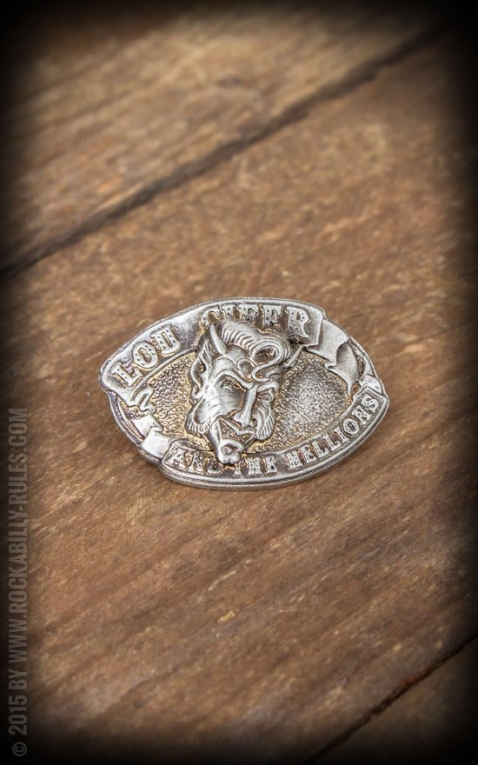 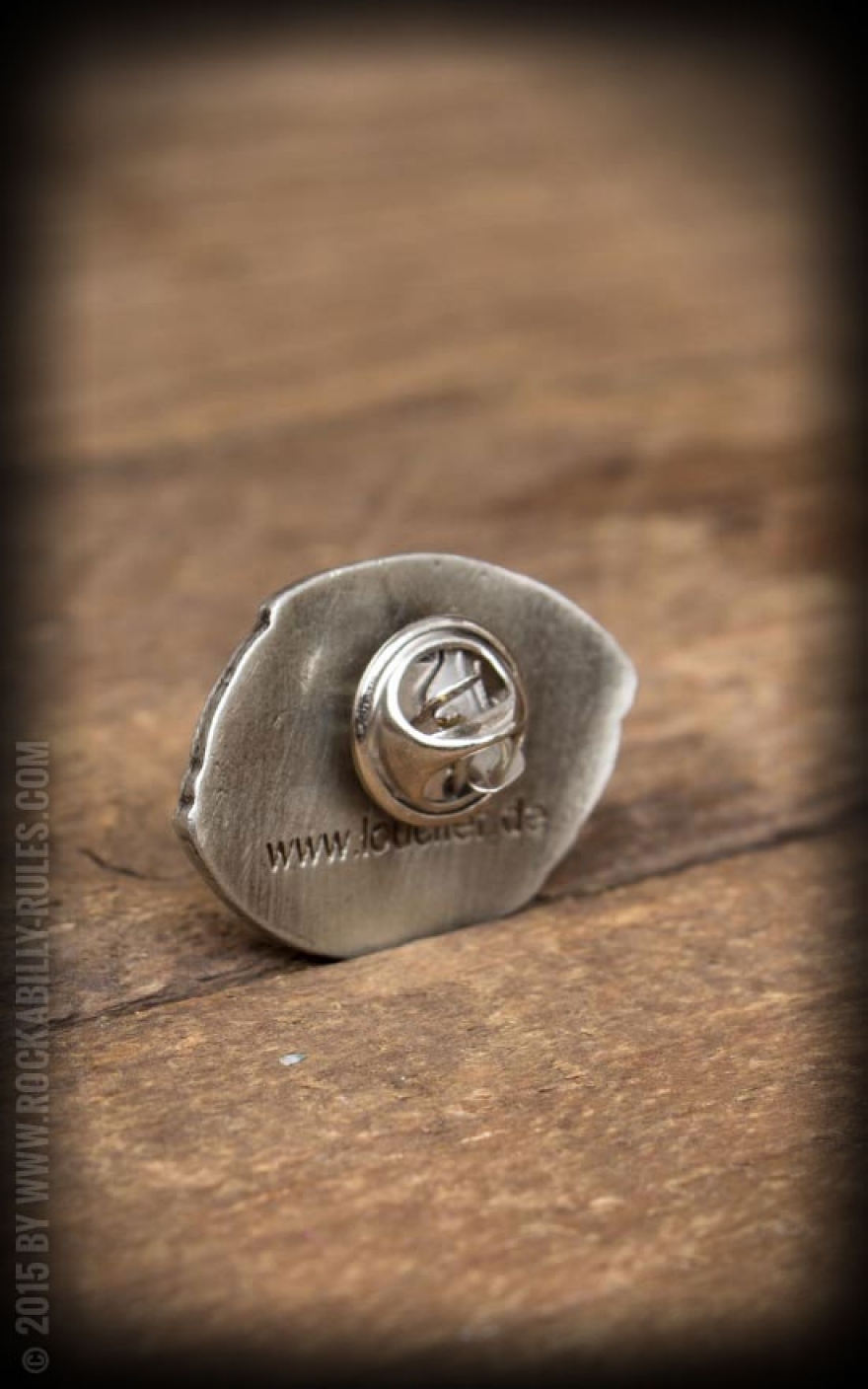 Lou Cifer Pin - Made in Rockville

We are proud to present you the first Lou Cifer and the Hellions pin!
It is a really amazing metal pin with a size of 3,2cm x 2,1 cm in a great design.
Material: Pure Pewter

Lou Cifer & The Hellions was born in 1995 when members of different German Rockin' groups (namely Lou Cifer, Bill Zebop and Dave Hill
from Mess Of Booze and Hal Hellion from the Ton-Up Rockers)
came together to realize their own ideas of ROCK'N'ROLL, so #forming a new studio band.
The end of the year saw the release of "ArresTed", their 4-track 7" EP #on Fifty-Seven Records with only selfpenned songs.
This hot piece of wax became such a big success nobody of the band #expected and was sold out soon.

In 1996 Ace Modis replaced Dave Hill on drums and in 1997 after a huge demand they decided to start playing live. After first gigs in Finland, Sweden, Norway and Germany things began to roll like a snowball.
Their wild stage performance always included a crazy comedy-show by Totti, the "Rockville Flying Rock'n'Roll Circus".

In the same year they released their 2nd EP "ConvicTed" and the "Devil's Awakening"-Toursingle. The boys left their other bands and started touring all over europe and in 1998 they even took England by storm. In this year Dan DiAblo joined the band and Bill Zebop changed from Bass to Rhythm Guitar.

In 2000 they finally released their long-expected LP "Welcome To Rockville"
with another 14 tracks written by Lou. This one became a good-seller too and the band continued touring till the end of 2001, when they did their last show at the Teddy Boy Weekender.

After a break for personal reasons Lou Cifer & The Hellions played one show in Hamburg in 2003 which was a blast again.

Now in 2004 another change in line-up took place, Ace Modis left the band and is replaced by ... Dave Hill, drummer on their first EP "ArresTed".

The Devils are back - watch out these Rockville Teds really rock the joint.

They all are well known musicians on the German Teddy Boy circle and everyone of them has been playing Rock'n'Roll for more than ten years now. Lots of live gig memories and records remain of that.

Lou Cifer and the Hellions love to do what they do best - playing their own unique style of red hot Rock'n'Roll. Their show features some stage gimmicks that you will like.
If you get the chance to see them - DON'T MISS IT!

Lou Cifer Pin - Made in Rockville- For more Rockabilly in your life! 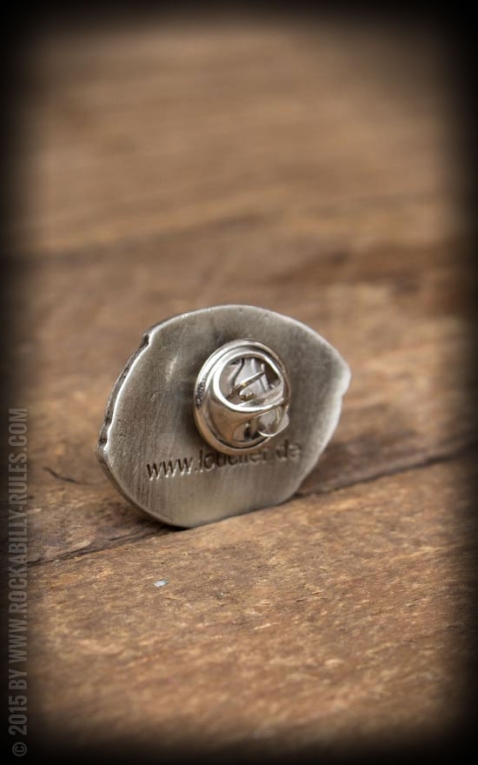