My Account
Login
0Wishlist
Your wishlist is empty.
0Shopping cart
You do not have any products in your shopping cart yet.
Menu
Menü
HomeLifestyleBeveragesODonnell Moonshine Plump cherry 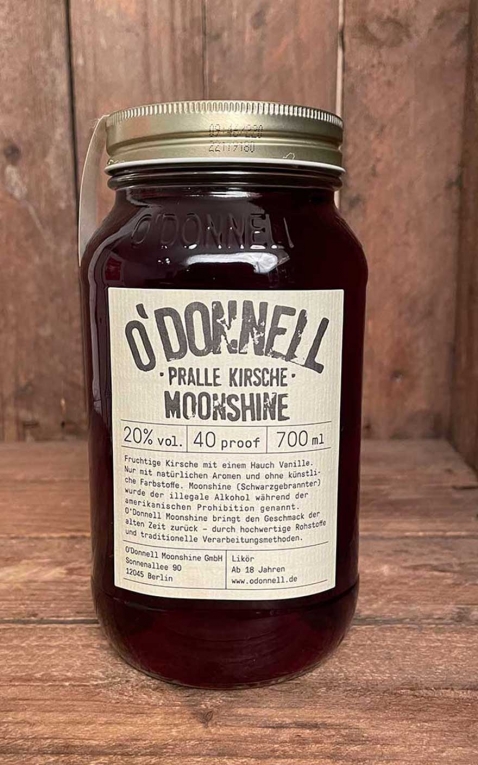 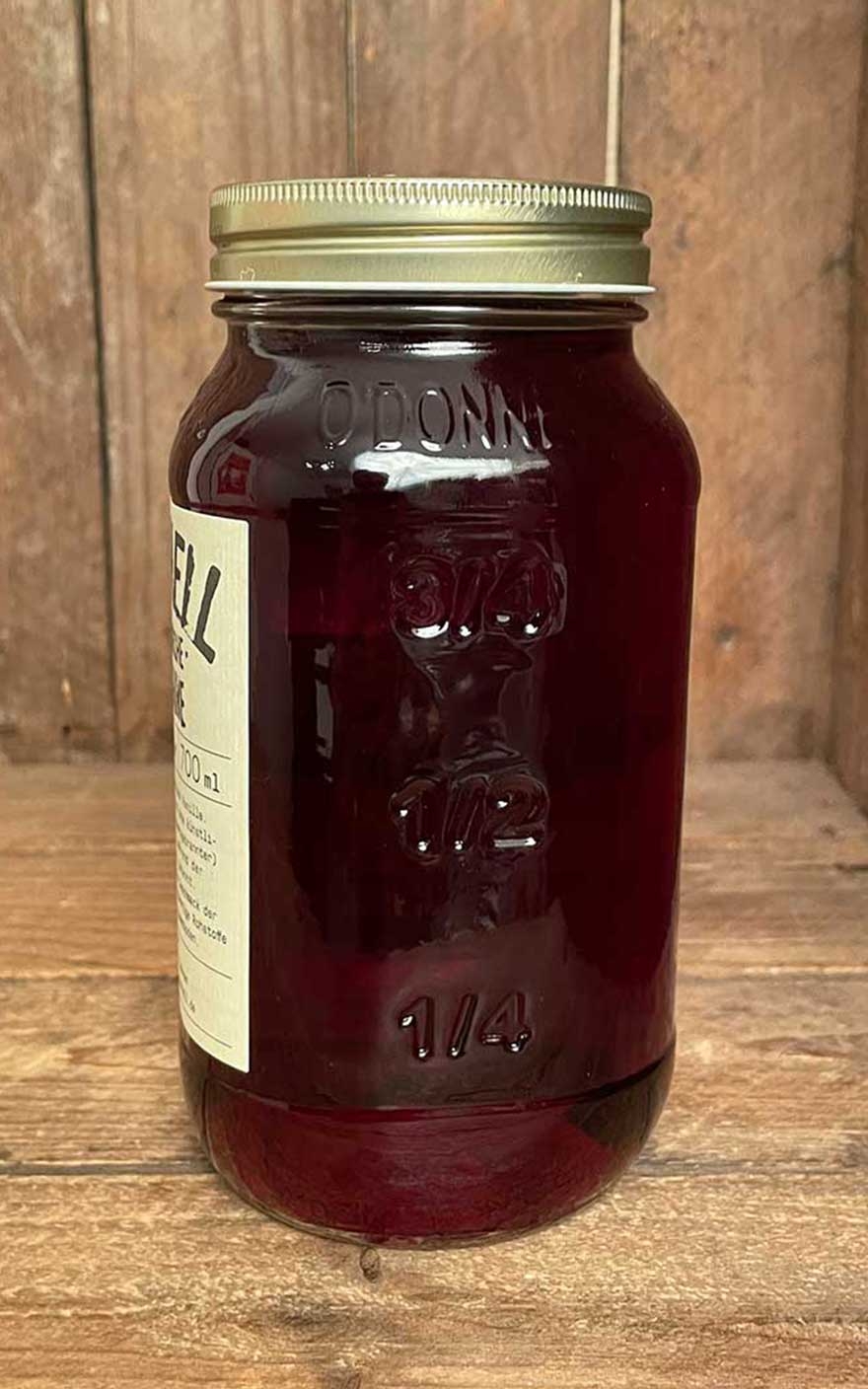 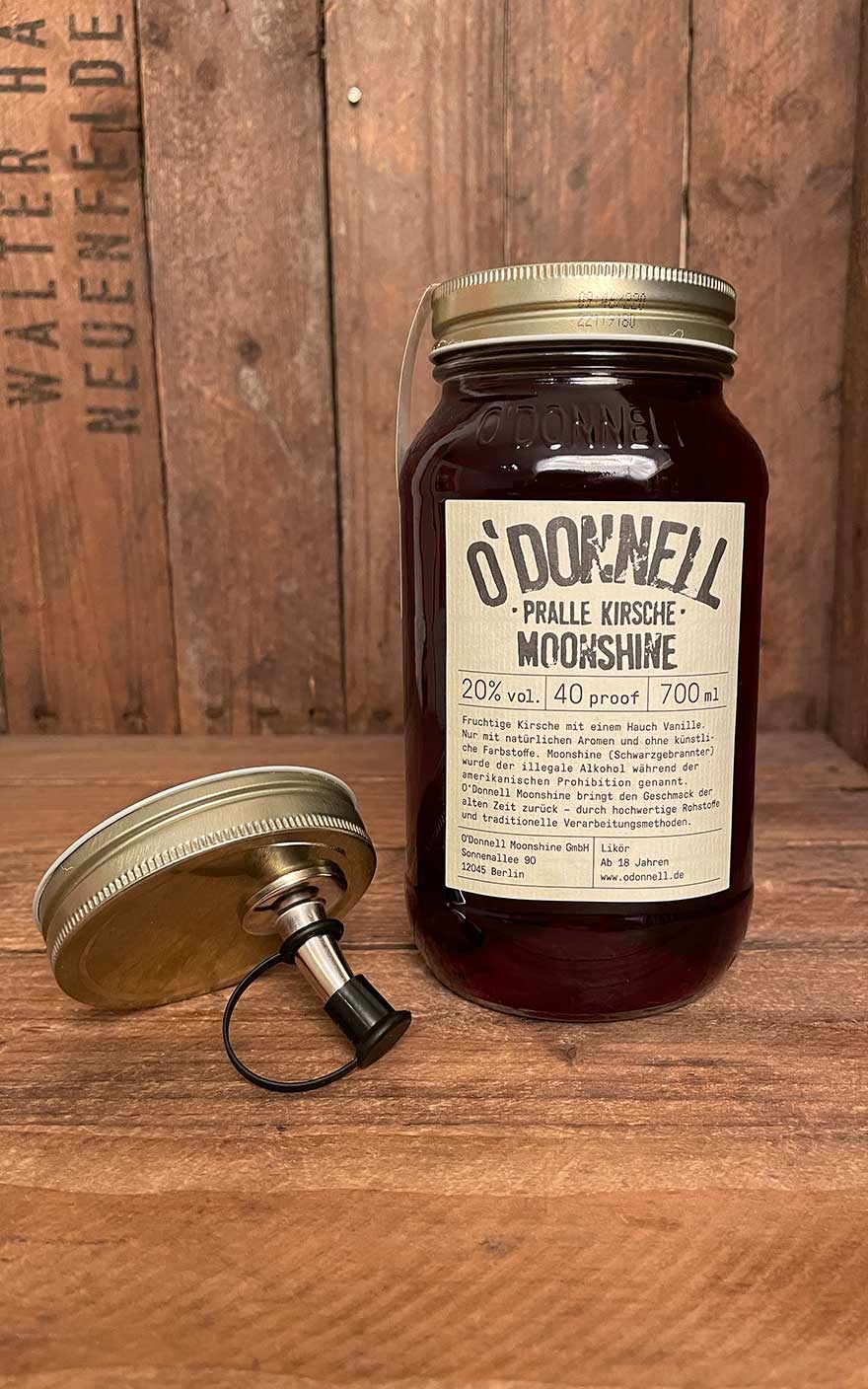 Product no.: OD17
You can never go wrong with cherries - this also applies to our "Pralle Kirsche". The fruity cherry liqueur with a slight hint of vanilla simply always fits and is not one of the classics among liqueurs for nothing. O'Donnell's cherry brandy is produced in Germany according to the old rules of craftsmanship and distilling and bottled in traditional Mason jars. It tastes of freshly picked cherries from the garden and has an unmistakable flavour - whether you want to enjoy the schnapps pure or mix it into tasty cocktails.

The cherry brandy contains only the best ingredients and no allergens that require labelling. The variety does not contain any allergens that require labelling. All creations are bottled in original American 'Mason Jars', which are imported directly from the USA. Of course, this variety, like all products, is made in Germany according to the old rules of craftsmanship and distillation. 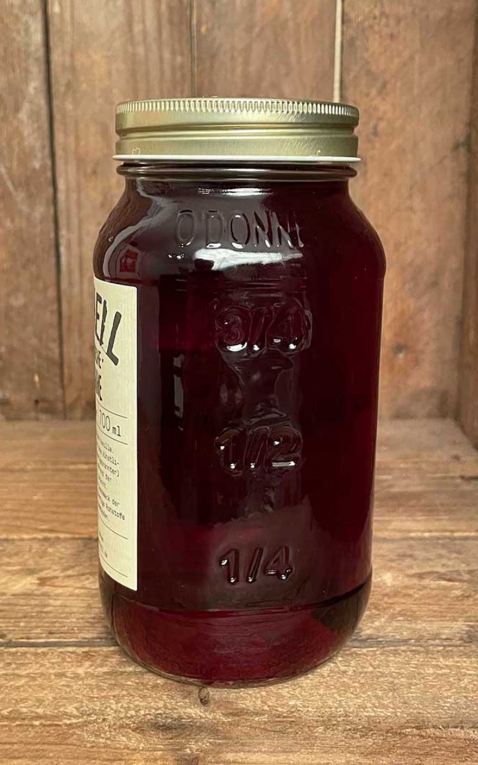